Memorial Benches are becoming an increasingly popular product when cremation is chosen. Benches are available in a wide variety of styles and colors. Granite benches are a unique and functional memorial which can also be designed to hold the cremated remains. The versatility of memorial benches makes it a fitting optimal for many different situations, including:

Other styles are available, please contact us for more information regarding memorial benches. 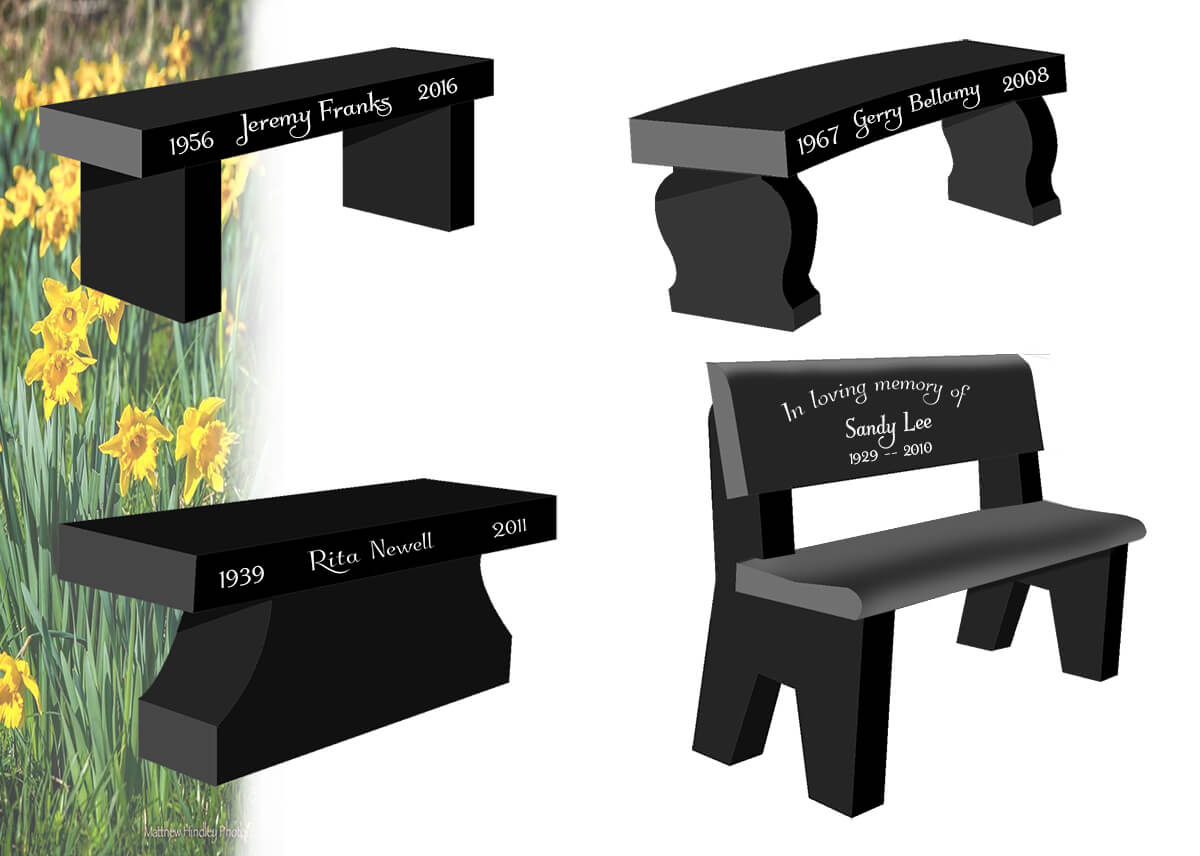 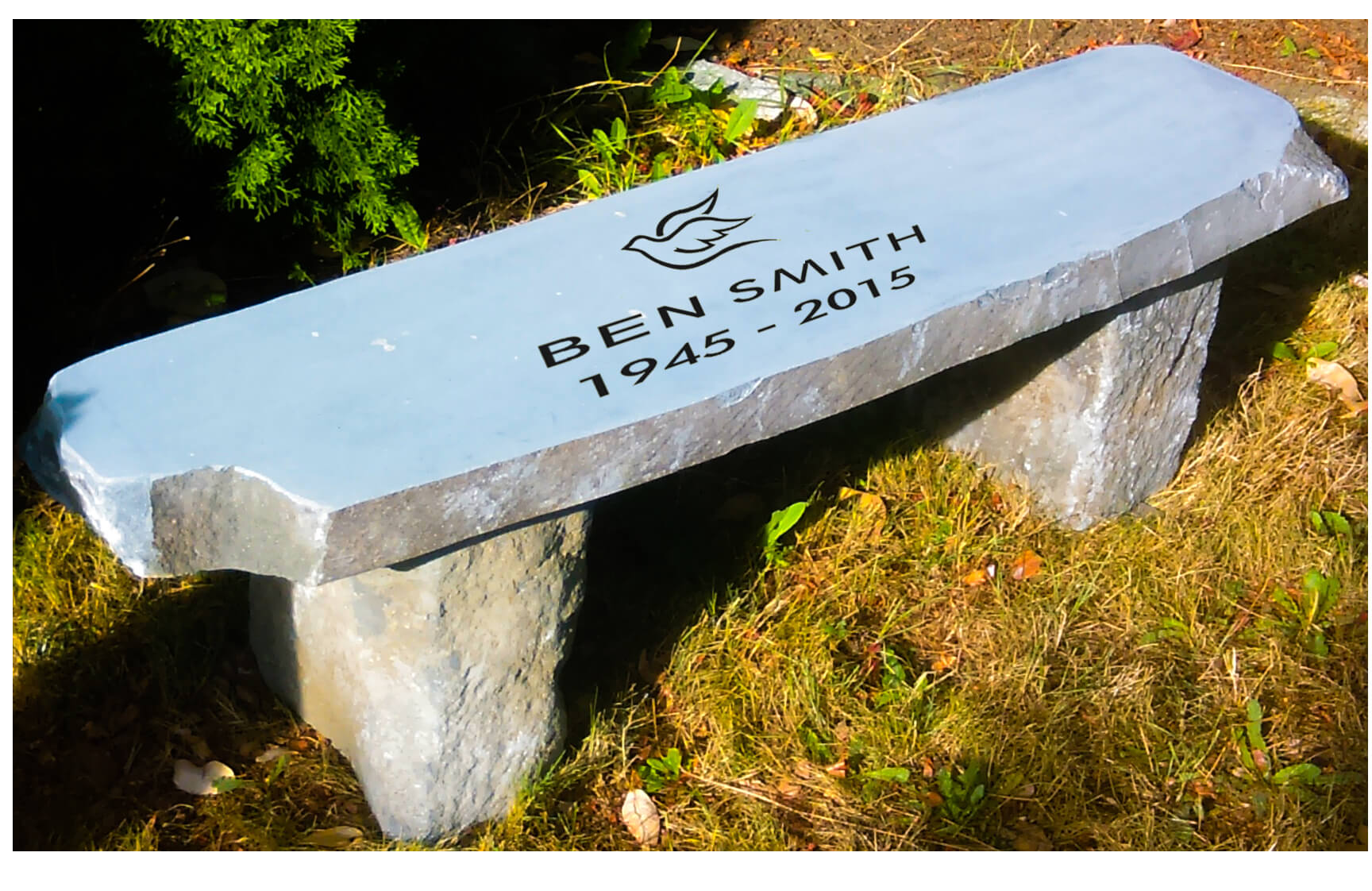 Cremation – the burning of a human body, before their disposal. In Canada, some cremains are placed in a cemetery, or scattered in honor

Dressed – A stone whose surface has been entirely smoothed ready for an inscription or another feature.

Emerging stone – a memorial type where only a part of the stone has been carved. The other portion remains undressed, giving the impression of a stone that has been incompletely carved. Common in the nineteenth and early twentieth century. The emerging stone represented a life cut short. Modern Emerging stones are usually made from granite.

Epitaph – a saying or poem, inscribed in a grave marker that honors the person interred.

Exhumation – When a body is removed from a grave. Often when families move long distances and still want to visit their loved one’s grave.

Family stone – a gravestone for the entire family, not a particular individual’s grave. In the Canada, Family stone is most common in the European traditions.

Footing or Foundation- a slab, usually concrete but occasionally granite, that is flush with the ground, a grave marker is placed on a footing (foundation. Footings are usually undersigned and are not considered a part of the memorial structure

Mass – a grave consisting of many burials buried together.